By Josie Wilkinson and Kathleen Sykes

The Deer Valley® Music Festival always has a diverse set of voices—different artists of different genres come from all over the world to perform with their special something for our energetic audiences up at the Deer Valley Ampitheatre.

For the 2019 season, we have strong representation of female artists preparing to take the stage, allowing us just a glimpse of the devotion and grace with which they approach their passion. Among the remaining performers are Renée Elise Goldsberry, Anna Fedorova, Kristin Chenoweth, and Kathryn Eberle, four women whose hard work and humility are an inspiring and refreshing look at the music industry’s potential. 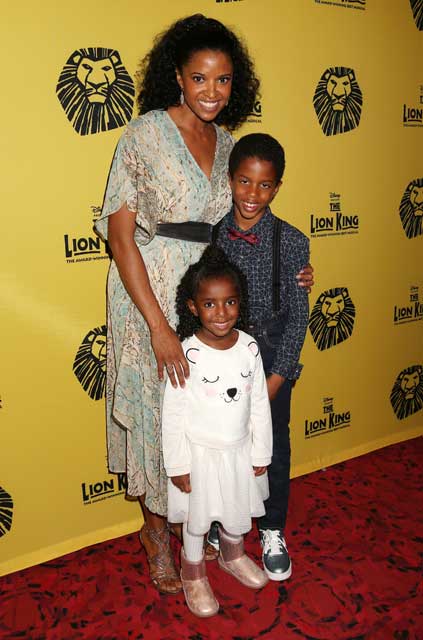 Well known at the original Angelica Schuyler in Broadway’s Hamilton, Renée Elise Goldsberry has never shied away from championing her role and its importance in the modern era. In an interview with Theater Mania, she shared her unique perspective on the roles that she has previously portrayed, in Hamilton and other productions such as Rent. “[A common thread seen through my characters] is the courage to take their life and live it completely with the most passion and possibility. Each of these women is saying, in her own way, right at this particular moment, no day but today, we are lucky to be alive tonight.”

Goldsberry is an inspiration not only through her words, but her diligent work ethic. She boasts an impressive resume which consists of television shows, films, and theatre productions, all of which have earned her awards including a Tony and a Grammy. She auditioned for Hamilton shortly after adopting her daughter, and has continued to balance her success with a bustling family life. In an interview with New York Family, on the subject of a family life versus a career, she says, “My mantra is: Spend your life fighting for both things, because you don’t have to choose. Chase your family and your career. And most importantly, don’t wait! We don’t have to have success in our career before we focus on our family. In my experience, every time I committed to taking a step forward in my personal life, something remarkable happened in my career.”

Holding the record for the most watched classical concerto on YouTube, Ukrainian pianist Anna Fedorova has been pursuing her passion since the age of five, when she first played the piano. Her list of accomplishments hints to her unparalleled talent, but fails to fully acknowledge the sheer enormity of it all. At just 29 years old, her career surpasses all expectations, as she has been performing internationally with orchestras across the world and claiming first-place prizes in international competitions since she was a child.

Perhaps most impressive about Fedorova is her quiet grace when she takes the stage. Her humble persona has attracted positive praise from numerous critics, who commonly refer to her music’s “sweet modesty and wild expression.” When 15questions.net asked her about her development as a musical artist, her response was appreciative. “Even though I am no longer actively studying, I learn something new every day just by listening to other musicians, playing to my former teachers or seeking advice from artists I admire.”

She may already have an Emmy and a Tony under her belt, but Kristin Chenoweth continues to make unprecedented waves in the industry. Her powerful voice coupled with her electrifying stage presence has resulted in performances that catapults her into the spotlight, an experience that leaves many struggling to re-identify and assess their values. Despite this challenge, Chenoweth has exceled at remaining true to her passion, even going as far as creating The Kristin Chenoweth Arts and Education Fund, whose mission statement is “committed to cultivating and celebrating young artistic expression by enriching children’s lives through the power of education, entertainment and experience.” She hosts an annual “Broadway Bootcamp” to provide high school-aged theater students with opportunities to expand their bourgeoning repertoire immensely, which she has called “the favorite time of my career.” 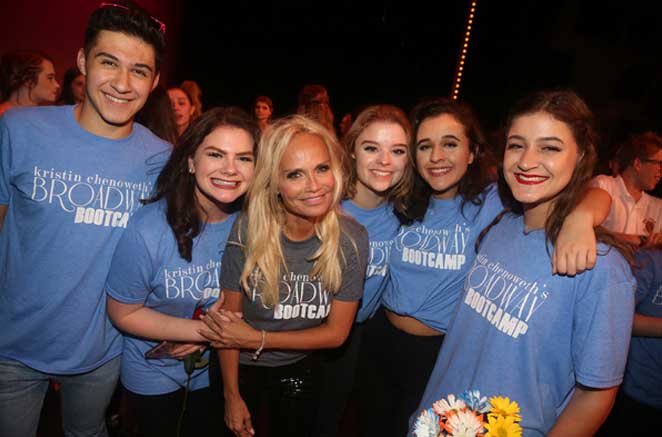 Chenoweth is frequently praised for her down-to-earth personality and ability to show kindness to those whose beliefs differ from her own. When the Tampa Bay Times asked her about her exceptional reputation in show business, she credited her parents for raising her to be tolerant of others. “Not everyone has to agree, for sure, but they kind of can’t get mad at you if you say, “I know maybe it’s not the popular opinion, but this is what I believe.” And, you know, don’t judge me, because I’m not judging you for how you believe. And lead with kindness. It always gets you so far in life.”

Our chamber concerts at Saint Mary's Church in Park City might make your heart skip a beat. 💖 Hear what our associate concertmaster, Kathryn Eberle, has to say about performing in this intimate venue. Get your tickets for our summer chamber concert series here: http://bit.ly/2zT5szU

No Deer Valley® Music Festival would be complete without special performances by our own incredible musicians at the chamber concerts at St. Mary’s Catholic Church in Park City. One concert in particular will feature the virtuosic talents of our Associate Concertmaster.

Music has always been a part of Associate Concertmaster Kathryn Eberle’s life ever since she picked up her first “violin” as a toddler.  “My first violin wasn’t even a violin. It was a margarine box that was wrapped in mailing paper with a ruler for the fingerboard and floss for the strings” Eberle said in an interview on the Utah Symphony’s website. Since her first real violin lesson at the age of 3, she has been unstoppable. She has competed in national and international competitions, collaborated with musicians like Edgar Meyer, been a Guest Concert Master in numerous orchestras, and even performs annually as a soloist with the Utah Symphony.

“I can’t think of a more magical place to spend the summer,” Eberle said about the St. Mary’s Chamber Concerts in a video on the symphony’s Facebook page. “It’s so special to get to play a concerto with the orchestra that I’m a part of. My colleagues are all so wonderful and we love making music together at the Deer Valley® Music Festival.”