There’s a moment in the first act of La bohème that can strike anguish into the heart of any would-be writer or composer, when the poet Rodolfo’s friends burn his manuscript in a stove to keep warm. But that could never really happen, right?

Wrong. It happened to an opera composed by Franz Schubert when he was 18, in 1815—a year of astonishing productivity for this young composer who was already composing masterworks in a mature style across a broad range of forms. Schubert idolized Beethoven, but in his precocity and speed he more closely resembled Mozart, whose output in the year 1791 baffles the experts, like Schubert’s in 1815. “There can have been scarcely a day when his pen was idle,” says the authoritative Grove’s Dictionary of Music and Musicians, “and no other year in his life approached this one for sheer volume of work.” 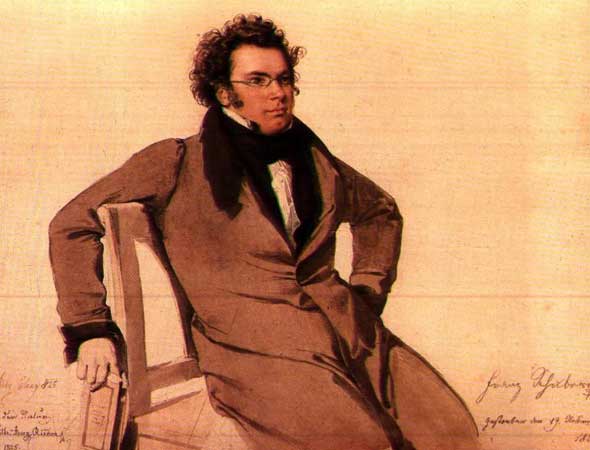 At least Schubert had been dead for a couple of decades by the time servants at a friend’s house used the second and third acts of the autograph score of his 1815 opera Claudine von Villa Bella as fuel for heat. He had composed three other operas that same year, along with two masses and masses of choral music; well over a hundred songs, including some of his greatest; two of his celebrated piano sonatas; and his Symphony No. 3 in D Major, D. 200, which he turned out in the space between May 24 and July 19. And this compositional output was produced “on the side,” while he met the demands of his day job as a schoolmaster. Grove’s Dictionary describes the conflict Schubert felt between classroom duties and his urge to compose as “intolerable,” but according to modern studies of human creativity and athletic performance, this tension might have been an impetus as well as a hindrance. It certainly added urgency to his work, and supports musicologists’ observation that Schubert often produced his greatest music in haste.

Great composers learn from—and freely borrow from—their predecessors, and Schubert felt he owed more to Beethoven than to anyone else. But in listening to this symphony we hear more of the influence of Haydn and Mozart, along with early Beethoven, and—according to some critics—a nod to Rossini, who was the most celebrated composer of the day. In the symphony’s opening, with its stately introduction leading into an effervescent brio, he seems to take Haydn as his model. The thoroughgoing development of the opening movement traverses bright and dark moods, then leads onto a good-humored allegretto and a buoyant minuet in the second and third movements. The finale brings us to a lively tarantella, and it is here—in the boldness of its inventive harmonic progressions and shifting dynamics—that we can hear Schubert taking cues from his idol, Beethoven.