You’ve performed with the Utah Symphony a lot in the last several years. What have you liked about that, what are some of your best memories, and how have we changed over the years?

Utah Symphony is one of my favorite orchestras for MANY REASONS. First and foremost, the people who are part of the symphony are not only world-class musicians, but among the kindest and friendliest of the orchestras. I also happen to adore the crowds who come. I have made friends from my multiple appearances and those I treasure the most. And who doesn’t like singing on the set of the Sound of Music with those hills rising up every time you come out to sing a song???

Who are your biggest inspirations and supports in your career?

My family first and foremost. Without their love and support and pride in what I do, it all wouldn’t mean as much.

What did you love most about touring on Broadway?

Touring with a Broadway show outside of New York is so wonderful because you get to witness what the entire country is looking to Broadway for: great entertainment. But of course, it’s pretty great to do a Broadway show and be in your bed before midnight! (unless you’re doing Les Miserables, and then, you’re in bed a bit later) 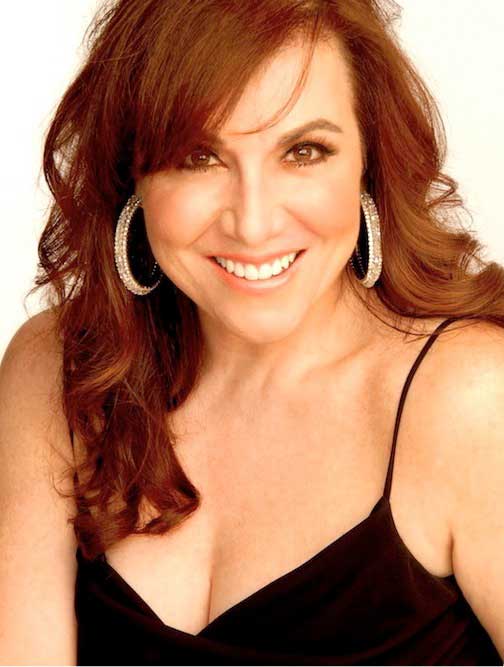 What are some of the biggest challenges of being on the road, and how do you stay grounded?

I feel lucky, because I love to travel, even though I know for some people, it’s become more difficult. I like flying. I like the planes. I like the fact that because I fly so much, I get nice perks. And I am a sucker for a nice hotel room.

What makes the programming on this show special? (Kander and Ebb repertoire)

Wow. THIS is a great show…something for everyone. Kander and Ebb knew how to write a song that moves people from the heart and also from the gut…the kinds of songs that make you want to sing in the shower. Loudly. I also happen to have known both Kander and Ebb. Fred Ebb, the lyricist, was a really good friend and attended my wedding.

What are you most passionate about right now?

Great question! There are so many things. First of all, my kids (I have 3 of them), are all doing fantastic and my heart is bursting because of it. I also have started a new company, and I love every second of that as well. I have realized that I am one of those people that likes to fill the time! I am also hard at work, putting together a DIVAS FOR DIABETES benefit concert. Someone near and dear to me was recently diagnosed and I am determined to be a part of finding a cure!