Brilliant, beautiful, speculative—with a little imagination, we can discern many of the qualities of Arvo Pärt’s music just in the title of this witty work. Its translation: “If Bach had been a beekeeper…” But in listening to its complex textures, we can also hear traces of the Pärt’s original proposed title: Portrait of a Musicologist Against the Background of a Wasp Nest.

A native of Estonia who is deeply committed to his Orthodox Christian faith, Pärt has developed a unique and distinctively expressive style of composition that uses slow, gradual modulation and cosmic-sounding textures. His works seems to bring the infinite reaches of the universe into the concert hall.

Pärt studied composition with Heino Eller in Tallinn, Estonia. After working as a sound engineer with Estonian Radio, he emigrated with his family to Vienna in 1980. As a composer, he is one of the most popular voices associated with the “Soviet Avant Garde.” 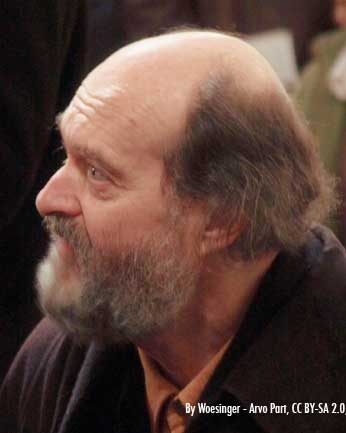 Completed in 1976, Pärt’s Wenn Bach Bienen gezüchtet hätte… marks the beginning of his “tintinnabuli” style, named for its sidereal effects, often bell-like, that seem to bend time and space as we listen. He combines a futuristic sound with traditional techniques—in this case, structuring his composition around a musical cipher that pays tribute to Johann Sebastian Bach by building on the letters B-A-C-H. With string tremolos imitating the buzzing of bees, the violas play B-flat, A, C and B natural; the cellos play A, G-sharp, D-flat and C; the first violins C, B natural, D and C-sharp; and the second violins B natural, A-sharp, D-flat, and C. What we hear is a buzzing cloud of insects that spell out Bach’s name.