A mother-daughter date night at the Deer Valley® Music Festival 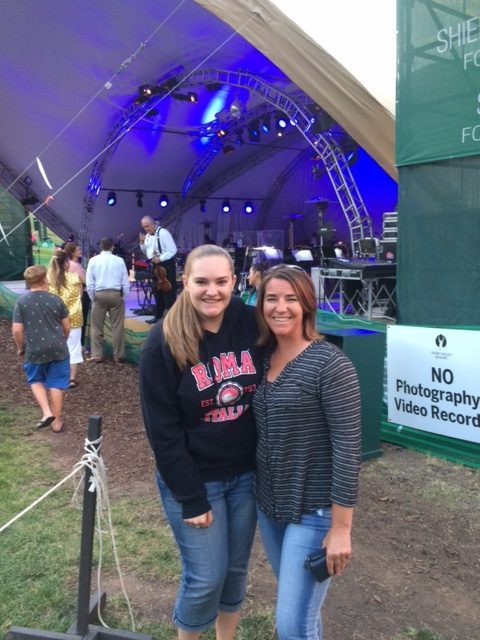 On Friday, July 13th I took my mom to the ABBA concert at the Deer Valley® Music Festival for a mother-daughter date night. We had such a blast! We arrived early in Park City to explore the town before the concert. Living in Ogden, we don’t often have the chance to visit this historic town, so we wanted to make the most of our time there.

We arrived in Park City before the concert and decided to explore Main Street. We walked along the street checking out the unique shops and getting our tourist fill. The first shop we went into was a high-end jewelry store way too pricey for a college student like me. Mom and I examined the fine diamonds as if we were royalty from a distant land, and were treated to gingersnap cookies on a silver platter by a store worker. The cookies instantly brightened our day. Who doesn’t like free cookies?

After that, we decided to look at the many clothing shops populating the street. We tried on outfits and silly hats galore and stumbled across our greatest find of the night-a store full of cowboy clothing. We suited up in our boots, hats and fringe jackets and posed as heroes of the Wild West.

It was in this store that a great change came over my mom. She changed from a city slicker into a cowboy hat aficionado. She was determined to find the perfect cowboy hat for her. Never mind that she had only ridden a horse maybe twice in her life—she wanted to find the perfect hat no matter what. After trying on most of the hats in the store and asking the workers many questions on the slight differences in hat styles and uses, she finally found the hat she wanted. 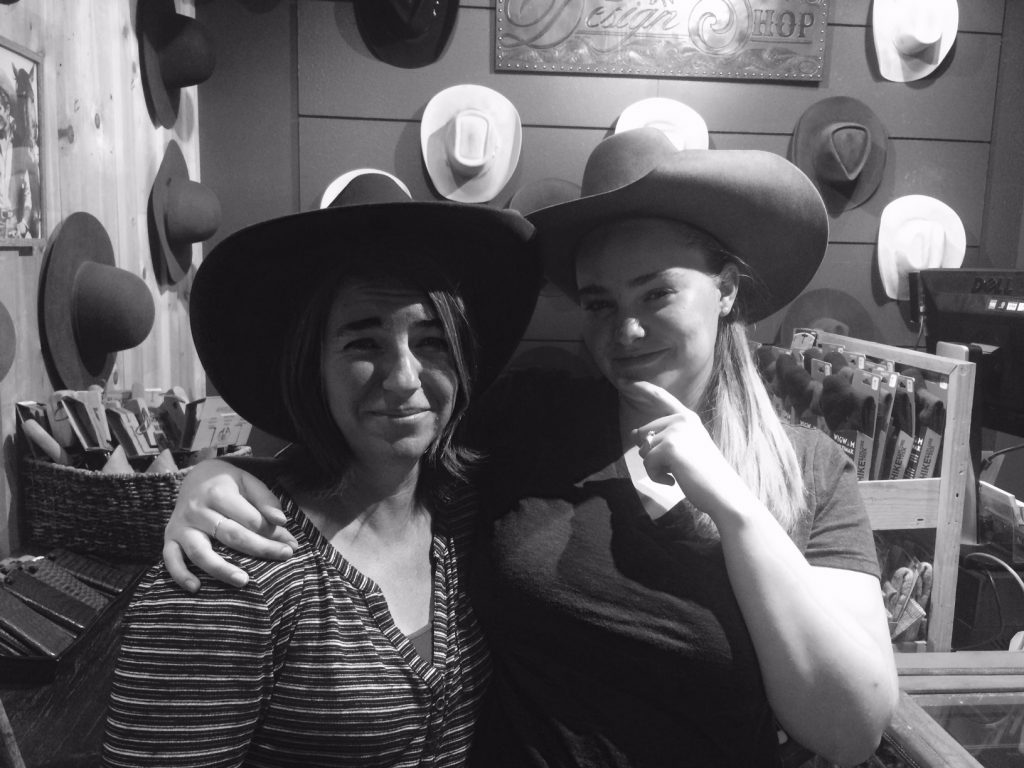 Being the good daughter that I am, I had to step in and remind her of her city slicker ways before she spent $400+ on a hat that would only be worn at parades and firework shows. She reluctantly put the hat down, took the worker’s contact card and walked out the door a cowgirl convert. I expect by now she has already petitioned my dad for a ranch of her own.

After the cowboy hat escapade, we walked through art galleries, ate dinner at a Brazilian restaurant and headed up to Deer Valley Resort just in time for the concert to begin.

My mom is a big ABBA fan, and from the opening number, she was up dancing and singing along with the symphony. She convinced me to stand up and belt the lyrics along with her, and by the end of the night, we had danced to almost every song. The crowd was just as animated as we were, and people young and old could be seen swaying along to the nostalgic sounds of ABBA. 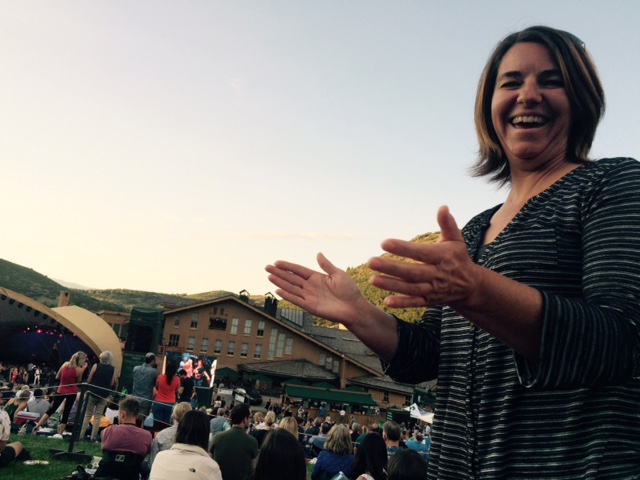 A highlight of the evening was when three audience members dressed in colorful wings and costumes led the crowd in a conga line. My mom immediately jumped up and ran to join the fun, pulling me along with her. Our conga line triumphantly belted the words to “Fernando” as we danced across the ski hill.

Each song was better than the last, and we were sad when the ABBA tribute band performed their last song. As they walked off the stage, the crowd realized the song “Dancing Queen” had not been performed and began chanting “Dancing Queen!” repeatedly until the band walked back on stage to perform three encore numbers.

Not one soul in the audience was sitting down for the encore songs, and the night sky rang with 5,000 voices singing “Dancing Queen” in unison. The tribute band bid the crowd goodbye with the final number “Thank You for the Music,” and wished us all the best of luck on our next adventure. It truly was the perfect ending to a wonderful mother-daughter date at the Deer Valley® Music Festival. 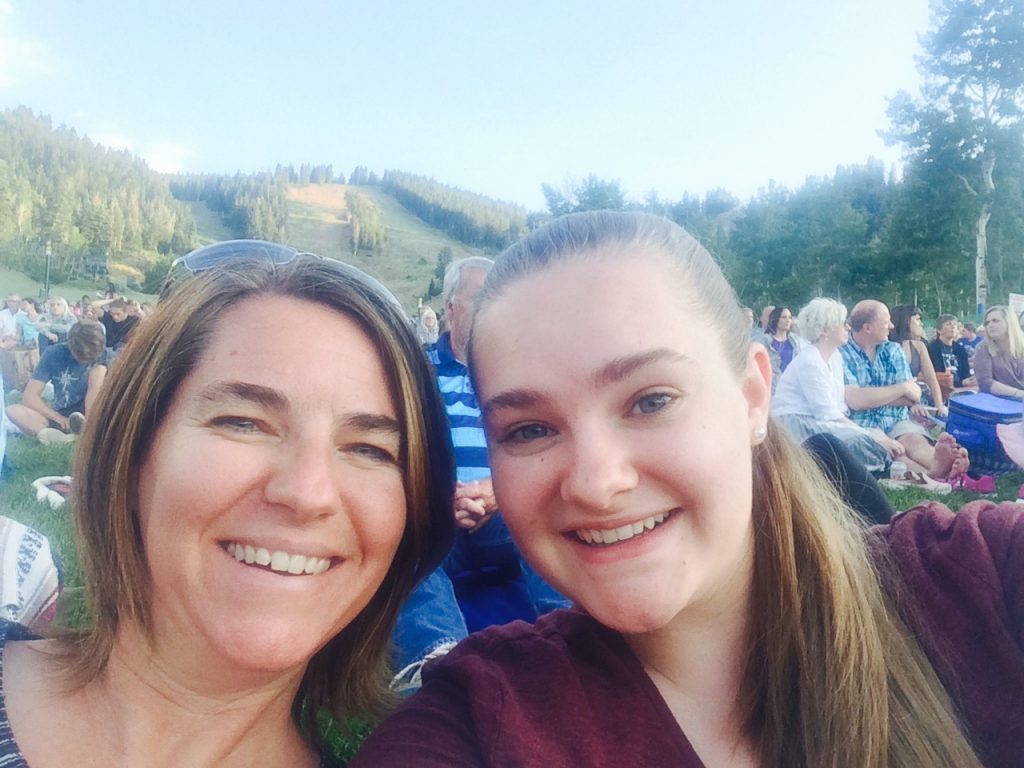 On our way home, we sang ABBA songs and talked about our favorite parts of the day. We both had so much fun and our relationship was strengthened. We drew closer at the Deer Valley® Music Festival, and can’t wait to have another night out at the festival next year.