Between the BarlinesGraham Sharp of Steep Canyon Rangers 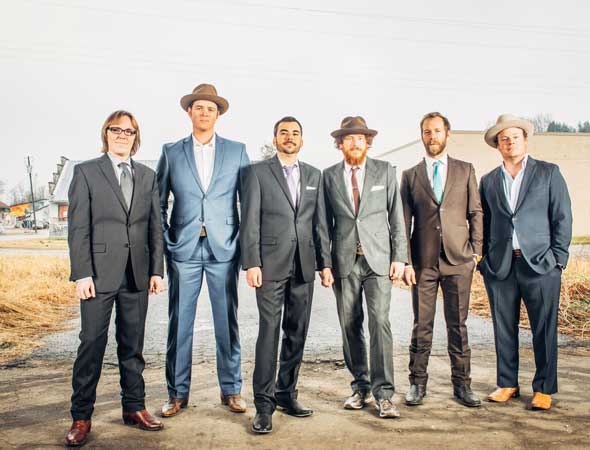 During the 2016 Deer Valley Music Festival, the Utah Symphony has launched a weekly interview series entitled “Between the Barlines,” which seeks to reveal aspects of guest artists’ lives outside of the music for which they are known, including things such as their backgrounds, their influences, and their non-musical interests.

The Grammy-winning band Steep Canyon Rangers has grown from their humble beginnings at University of North Carolina to become one of the most prominent faces of modern bluegrass music. On July 30th, with help from acclaimed conductor Rei Hotoda, the Steep Canyon Rangers will be performing new and classic bluegrass material, which will sure to make an energetic of lively folk music.

When discussing the beginnings of Steep Canyon Rangers, Graham Sharp, one of the founding members of the band, says, “from the start we enjoyed the company and enjoyed hanging out. We were just interested in learning how to play bluegrass because none of us had much of a background in it. We just spend a lot of time working on the music and didn’t really have any big ambitions for it. But over the years it just became apparent that we had chemistry for and it worked. We just plugged away at it and here we are now.”

In this interview, Graham also talks about the tight-knit and open nature of the bluegrass community, as well as the band’s endeavor to spread musical education with their festival, the Mountain Song Festival, which has raised over $500,000 for the Boys and Girls club. Graham also discusses maintain a balance between his familial and his musical life. Graham also comments on one of his most memorable performances at the Golden Gate Park alongside bluegrass legend Steve Martin.